How Having More Children Made Me a Better Parent

HOW HAVING MORE CHILDREN MADE ME A BETTER PARENT

When I had my first daughter, my entire world changed in the best possible way. A lot of mothers will tell you this and it is one of the truest, realest things anyone will ever tell you that you really won’t be able to fully truly digest until you have experienced it for yourself. It’s just one of those things.

However, when I had Wylder, who is five now, I think I thought of myself more as a cool, independent, career woman who just also happened to have a kid. Don’t get me wrong, it was me and her against the world from day one. She was my first true love.

I remember having a discussion with a friend of mine at the time, a mom of two who - like myself - works in the fashion industry, and her saying to me,  “Having one is very chic.” That makes me laugh to this day because even though it’s a ridiculous statement, I know exactly what she means. One kid is so do-able. You still have time to be a put-together person in every sense of the word. Sadly, you really don’t realize how easy one kid is until you have more. I would take Wylder with me everywhere. To work appointments. To friends houses. On trips. To restaurants that weren’t necessarily deemed “family friendly." She would sit on my lap front row at fashion shows. With three, all of these things go out the window. I used to think the hardest thing in the world with kids was trying to get out of the house and into the car. I still do, tbh. But try that with multiple kids. It’s a circus.

Having a baby for the first time felt like the best but hardest thing I’d ever done. I wondered if I would ever not feel tired. And yet, I was still able to be “selfish” in a lot of ways. I still had time for things like hair appointments, lunch with my girlfriends, the occasional massage, and working out SIX days a week (!). Things that seem like very far away concepts to me now (especially after the year we just had).

At the time, I really wasn’t sure if I would have more kids. I was late when I got started. I was 36 when Wylder was born.

When I fell in love with my partner, Johnny, I knew I wanted to raise kids together. I just knew that was going to be a part of our life and our future together. One of the most natural, instinctive things for a woman is wanting to have children with the man she loves. Once we got together I had no doubts about it.

At that point, I was 39. Johnny was 50. He wanted two that maniac. I didn’t think I had two pregnancies in me. As much as I love being a mom, I LOATHE being pregnant. Every single thing about it. People always talk about birth being so difficult. My feeling about that is that I can do anything for a day. Pregnancy is ten months and to add insult to injury they lie to you your entire life and tell you its nine. You add post-birth recovery to that, and there went a year of your life. Having said that, a year of your life for a lifetime of another human being seems fairly reasonable. That’s easy to see now that I am NO LONGER PREGNANT.

But I digress. Twins run in my family. Still, it never occurred to me I would have twins. And yet, there we sat - in that cubicle where they like to stick pregnant women at the doctor’s office - staring at two tiny little dumpling-shaped circles on that grainy little black & white television set. So small, the doctor went right past them at first. I was the one who caught them. “Wait. Go back. Is that….” Silence from the doctor as the little underwater camera glided back, searching. “There! Is that what I think it is?” Still no word. I remember thinking later that, based on his hesitation to confirm until he was 100% sure, doctors must get some pretty intense reactions from their clients when the words “you’re having twins” are uttered. It’s the same reaction the desk clerks at the airport must get every time they tell you how much the overweight luggage fees will be. They just look so terrified to tell you they practically wince.

But there they were. The doctor swiftly left the room. I sat there slack jawed. Looked over at Johnny - he was in the corner of the room, literally flexing his muscles as if to congratulate himself. That always makes for a good party story but it's funnier when I act it out.

If having one kid made me feel like Cool Career Woman With a Kid, being the mother of three children made me, well, just A MOM. I still have the career. In fact, I can easily say my career has grown exponentially since having Wylder. And yet the feeling is different. Three kids… you’re a mom. Not cool mom. Not career mom. Just mom. And I’m completely ok with that. My life works around them. Gone are the martial arts sessions; I’m lucky if I get two days a week in. I haven’t sniffed a girl’s brunch or stuck my head in one of those awful massage table face holes since before they were born. (I still get my hair done, I’m not a savage).

There’s just so many of them! I was speaking to my business partner, Jeet Sohal, one day, and I said, “Well you know, that’s because you have 800 children.” And she stopped me and told me, “Ilaria. You have the same amount of children as I do.” That one really stopped me in my tracks. To me, Jeet was always the mom with the 800 children. Now I had 800 children too. And yes I realize three is not four or five or six children. My best friend has five. I know all about it. But I don’t care, three kids 5-years-old and under is basically 800 children. My mother was a family of three. As was my dad. That seemed normal. But in this day and age, living in LA, working 60 hour weeks… I basically have a million children.

And I wouldn’t trade it for anything in the whole giant, insane, overpopulated world.

They say you never regret a baby. Fair. But it’s more than that. It’s I can’t believe I almost didn’t have three. I can’t believe I would have never known what it was like to have three. If I hadn’t had twins, I probably would have been done at two. I think about that constantly. I got dealt this incredible hand. Two girls and a boy. I feel like I won’t the lottery. I feel like I was passing a slot machine on way back to my hotel room, just happened to throw in a quarter, and won the whole sha-bang. Having three children is my favorite thing I’ve ever done in my life, hands down.

Even though everything is harder in so many ways, it doesn’t necessarily feel harder. Even though 36 was on the older side for a first baby (and by doctor terms, “geriatric,” and honestly when are we petitioning against that?), I felt like a kid in so many ways. I felt green at life still. At 41, I feel more ready. I feel like, what else could I possibly be wanting to do with my life than this? Wylder, at 5, is my best friend on the planet. The person I most want to hang out with. Over any Friday night or weekend or brunch plans I could possibly think of, I choose her every time. She’s my little BFF. My spiritual doppelgänger. Having two more kids made me a much better mother TO HER. I don’t totally know how to explain it or why. But so it is and I’m thankful every day for it.

Yes, everything is more complicated with three - bath time. Bed time. Meal time. Sundays! Getting in the car? Could take all year. But it’s also so. much. more. fun. Everything, all of if it is more fun. For one thing, it’s so hectic you just sort of have to embrace the madness. Having three kids, simply put, made me lean into motherhood in a way I never had.

And then it occurred to me that subconsciously I always wanted this. I always wanted three. Somehow at some point in time, I can feel myself putting that number out into the universe. Even if I couldn’t remember doing so before. I know it’s hippy dippy sounding, which I am not (you know what Johnny Rotten always said, never trust a hippie). But I know I wished for this. All of it. A big, loud boisterous, hectic house. Giant Christmases. Messy meals. Family trips.

With one, you can easily leave one kid with a grandparent and take off for 5 days or even a week on vacation just the two of you, if you wanted to. Johnny and I went to Italy two summers in a row just the two of us. With three? Good luck. At least until they’re older, no one is taking that on. Vacation becomes family trip time. And I’m so excited about that.The twins are 18 months now and this summer will be our first year taking a trip with all three, and despite everyone reminding me that a vacation with three kids is no longer a vacation, I’m literally salivating at the thought of having nothing to do but hang out with them and Johnny full time for two whole weeks.

In a way, it will always be me and Wylder against the world. She will forever and always be my first true love. My number one girl. My sidekick. My little mini me. But having three children made me just a mom. And I wouldn’t want to be anyone or anything else in the world. 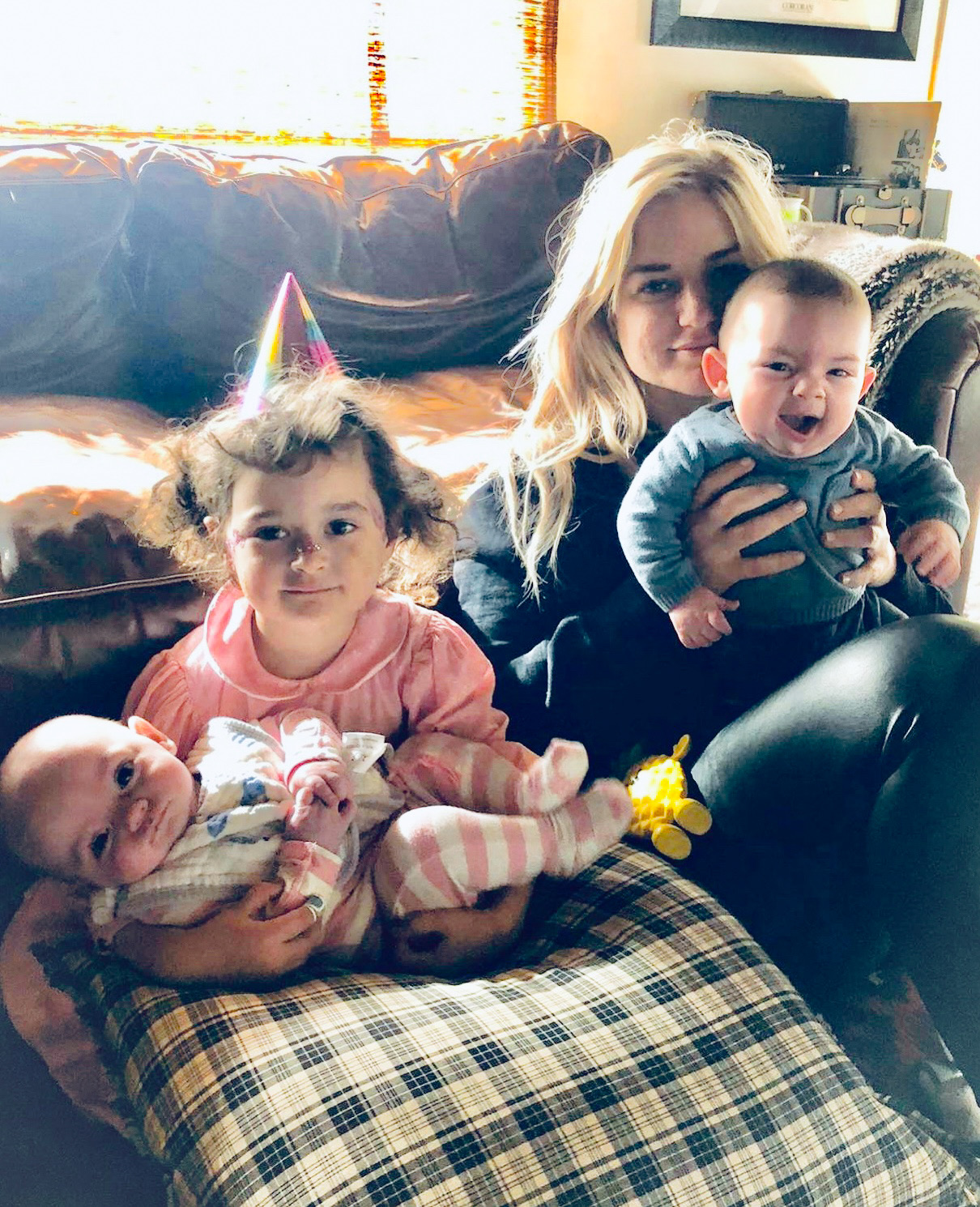 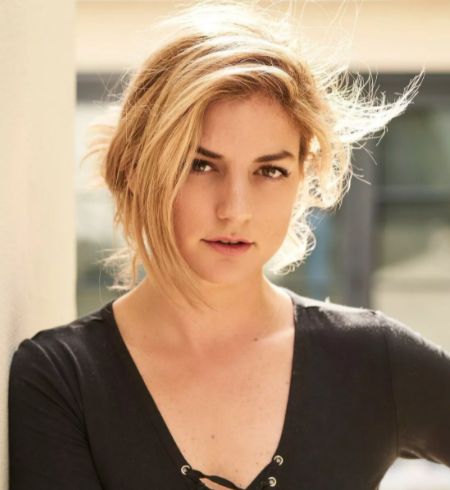 Ilaria Urbinati was born in Rome, raised in Paris, and based in Los Angeles. After writing for style and culture publications, she established her career as a fashion stylist. For over a decade, she has been the woman behind the man for Hollywood’s biggest actors, athletes, executives, and more. Ilaria’s demonstrated ability to land clients on best-dressed lists has led to six consecutive years designated as The Hollywood Reporter’s “Most Powerful Stylists.” In the past three years, she’s been on the  cover of the stylist issue alongside clients Rami Malek, Dwayne Johnson, and Tom Hiddleston respectively.  Recently, she was named one of the “Most Influential Stylists of the Decade,” as well as “Curator of the Year” at the Daily Front Row Awards. Ilaria has been profiled repeatedly on her image maker acumen in industry leading publications such as The New York Times, Washington Post, Los Angeles Times, Vanity Fair, Vogue, Forbes, and GQ.  Now, as the Co-Founder of LEO, Ilaria combines her experience as a writer with her trustworthy voice as a tastemaker and passion for making a man feel his best.